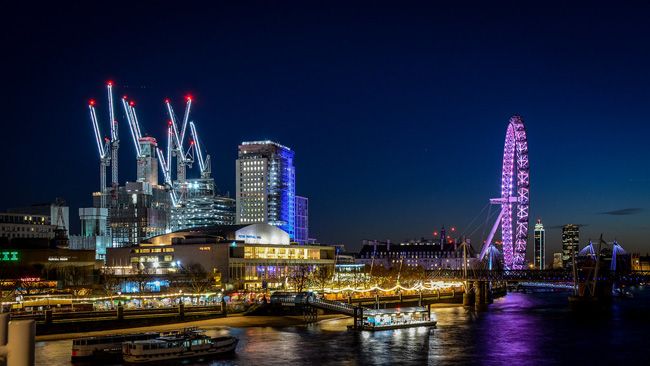 If you work in design & construction, you have probably heard of the London Build expo. And don’t worry if you missed the event this year, keep on reading to find out what was hot!

Key highlights from the event

The London Build 2019 expo was celebrated on the 27th and 28th November. Less than a month ago, more than 500 speakers and 400 exhibitors congregated at the Olympia. With an astonishing number of 28,000+ attendees, London Build has earned a reputation as the UK’s leading construction and design show.

The festival featured high-profile companies, including Heathrow, HS2, Network Rail, Skanska, Costain and Mace, to name a few. They offered attendees with more than 220 CPD certified sessions across 8 conference theatres. And in case this was not enough to convince people to attend, the organisers ensured that people had fun. They included an array of comedy acts, celebrity guests, prize giveaways, live music, food stands and even a beer festival!

BIM, once again on top of the agenda

Each of the 8 conference theatres at London Build had a defined focus topic: BIM & Digital Construction, a BIM & Geospatial clinic, Future London, Infrastructure, Sustainability, Innovation, Fire Safety, and Design, Interiors and Fit-Out. Once again, the Show was a good reflection of what’s hot in the industry, with BIM taking two of the theatres. We can see a clear trend around BIM in the industry, as we already discussed on a previous post about Digital Construction Week 2019. Discussions at the Show centred around innovative software and BIM best practices. Paul Griffiths, Head of Commercial Development and Strategy at Procore, presented on how a cloud-based solution could improve the coordination between teams on site and office-based.

Dave Carr, Managing Director at BIMsafe Limited, also discussed the synergy of CDM 2015 and BIM. Although most of the time our focus tends to be on the BIM advantages related to cost-savings, Dave brought to our attention that BIM also brings many H&S benefits. This is probably one of the reasons why even the HSE published last year a paper with case studies highlighting the H&S improvements that BIM bring to AEC projects. CDM 2015 mentions ‘coordination’ as one of the key tools during the development phase of a project. However, it doesn’t give many details about how this coordination should happen. There is definitely scope for the next revision of CDM to include BIM methods and processes.

If you wanted to know what the skyline of London will look like in the future, you only had to pop by the Architect’s Hub. This space included amazing photos and 3D models of new and upcoming developments in London. For people who preferred networking, they just needed to visit the ‘Hub in the Pub,’ hosted by the Chartered Institute of Building. This was a laid-back social gathering that allowed both members and non-members to interact with committee members. They got to know what’s going on in and around Greater London and the UK.

A key highlight from London Build 2019 was the presence of several areas with a clear social focus. For example, a hot topic was mental health. The Show was proud to support Movember, the only charity tackling men’s health on a global scale, year-round. Alasdair Reisner, Chief Executive of the Civil Engineering Contractors Association, took part on a panel discussion on mental health and well-being in construction.

Diversity and inclusion had their own dedicated spaces

Another hot topic was inclusion and diversity. Industry leaders stood up to demonstrate the importance of an inclusive and diverse workplace. There were two main events focusing on the inclusion of women in the construction industry. Thus, London Build wanted to break down the barriers for women to enter this male-dominated industry. The Olympia held the world’s largest ever meeting of Women in Construction, together with the Women in BIM networking event. Women in BIM is a global community that strives to support female professionals working on BIM and digital projects.

For the very first time, the 2019 edition featured the Diversity in Construction Networking Event. Apart from the event itself, the organisers promoted and encouraged attendees to become Diversity Ambassadors. With this initiative, the Show aimed to tackle some of the diversity issues within the AEC industry. A great example of leadership and an inspiration to all the attendants.

Did you attend London Build 2019 expo? Tell us your highlights in the comments below!